Veganism and Christianity – Part II – Made In The Image of God 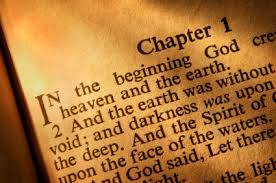 It seems appropriate that any discussion about veganism and Christianity should start with the story of creation from the first chapter of the Book of Genesis.  We learn two things in Genesis 1:26.  First, that God created humans in His “image.”  Second, that God gave humans “dominion” over animals.  This month I discuss what it means to be made in “the image of God.”  Next month I will discuss what it means to have “dominion” over animals.

Biblical scholars now agree that “the image of God” does not mean a unique ability on the part of humans to communicate or to think.  Anyone who studies animals even briefly will acknowledge that they too can think and communicate.  For example, gibbons produce over 20 different sounds with clearly different meanings that allow them to communicate with each other.  Anybody who lives with a dog knows exactly what their dog is communicating and thinking when we pick up their leash.

The first chapter of Genesis describes God’s creation of animals.  After God creates animals, but before he creates humans, God declares that the animals are “good.”  (Genesis 1:25).

This bears repeating.  God created animals before humans and He declared animals to be “good” independent of humans.  Genesis then describes animals as “nephesh.”  This means “living souls.”  So, according to God, animals are “good” and they are “living souls.”

On an average day in the United States,  24 million chickens are killed.  Additionally, on an average day 360,000 pigs, 130,000 cattle, and 7,000 calves are killed.  To meet these production goals, hens are kept in battery cages that are so small that they cannot spread their wings.  Pigs are immobilized in sow stalls.  Calves are confined to veal crates where they cannot turn around.  Cows are kept pregnant and shot full of hormones to satisfy our demand for milk and cheese.  Their bodies are genetically engineered and they are bred with techniques that result in a lifetime of severe pain.

Over 95% of the animals we eat come from factory farms.  These animals have lived their entire lives in horrific conditions.  Does the way we treat factory-farmed animals reflect God’s holiness?  Does it show even an ounce of mercy or kindness?  Is this any way to treat a “living soul?”

The recently published Catechism of the Catholic Church reflects the holiness that should govern our relationship with animals.  Section 2416 states:  “Animals are God’s creatures.  He surrounds them with his providential care.  By their mere existence they bless Him and give Him glory.  Thus men owe them kindness.”  Section 2418 states that “It is contrary to human dignity to cause animals to suffer.”

A friend of mine, Mark Reinhardt, recently described to me how many of us have it backwards.  He observed that we have created God in our image.  Please let that sink in for a moment because it is profound.  Only by creating God in our image can we do as we please and justify our habits that are so clearly in contrast to the holiness of God.  Of course, God is not created in our image.  We are created in His image.

My hope is that Christians will be open to readings of the Bible that challenge their meat eating habits.  God works in surprising ways.  Just imagine how wonderful it would be to eat without inflicting pain on these animals that God calls “living souls.”  Each meal would be a reflection of God’s holiness and how we are made in His image.

Doug Meier is an attorney that practices in Lakewood, Colorado.  He can be reached at dougmeier@att.net.