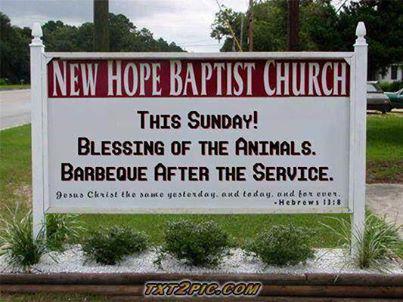 In the Opinion/Editorial section of the Wall Street Journal recently there was an article captioned “Why This Rabbi Is Swearing Off Kosher Meat.”  It was an article by an Orthodox Jewish rabbi, Shmuly Yanklowitz, the author of six books on Jewish ethics.  In the article he explains why he was changing to a plant-based (vegan) diet.

He discusses how he cherished his kosher traditions and that his grandfather was a butcher.  However, he laments that “over time kosher slaughter has followed the trend of nonkosher meat industry, toward large-scale industrial production, with animals leading bleak existences before the final trauma of slaughter.

Rabbi Yanklowitz learned that “animals sent to kosher slaughterhouses are raised on the same cruel farms as those sent to nonkosher slaughter.”  He concluded that he “would need to forgo the consumption of meat” and he “simply couldn’t spiritually separate what [he] was eating from the knowledge of its origin.” He writes that he “came to a similar realization about poultry and dairy—their factory-farm origins are just as troubling.”

After researching the treatment of animals in kosher food production, he states it brings him “embarrassment and shame as an Orthodox rabbi and as a Jew.”   Rabbi Yanklowitz concludes that he will “still keep kosher by eating a healthy, kosher-certified, plant-based diet.”

As a Christian, Rabbi Yanklowitz’s article raised many questions in my mind.  Why do so few Christians eat a vegetarian or vegan diet?  Are the teachings of the Bible relevant to what we eat?  Does the Bible give any guidance on how we should treat animals?  What does it mean that God gave us “dominion” over all his creatures?  What does it mean that God created us in his “image?”  What are Jesus’ teachings on these subjects?  What are the current teachings of the Church and its leaders on these matters?

As a popular Denver radio talk show host often says, let me tell you where I sit before I tell you where I stand.  I grew up in a Christian family with wonderful and loving Christian parents.  I went to Church every Sunday.  I went to the same Christian liberal arts college that Billy Graham went to (Wheaton College in Illinois) and I received a Bachelor of Arts in Biblical Studies.  I studied Koine Greek for four years and I’ve read the New Testament from start to finish in Greek.  After college I went overseas and worked with a Christian relief and development organization.

The point of my short resume is not to suggest that I have all the answers, but that perhaps I can at least ask some of the right questions.  In the upcoming months I will write a series of articles on these issues and whether our Christian faith should be relevant to what we eat and how we treat animals.  Comments, suggestions, and criticisms are very much welcomed.  Disagreement is especially welcomed.  A robust dialogue between Christians on current topics is an important part of our Christian tradition.

Many of my friends and family are devoted Christians.  These people are caring, kind, moral and compassionate individuals.  I am proud to count them as friends and family and I love each of them.  Of course, that does not mean that we always agree on everything.  There is plenty of room for honest disagreement within the Christian Church.  So while my future articles may not persuade my family and friends to forego meat eating, my hope is that at a minimum they will better understand and have more tolerance for why the Christian faith has led me to eat a plant-based diet.

Now you  know both where I sit (Christianity) and where I stand (veganism).  You may be asking, why am I even bringing religion into the subject of what we eat?  Yet most Christians do it several times a day when they pray before a meal.  By “saying grace” before a meal Christians are acknowledging that there is a connection between God and their food.  And let’s not forget that the Bible talks about food and animals too.  (Remember the admonition against gluttony?).

I can’t think of any other issue that is so commonly met with the “I just don’t think about it” response.   Even on subjects that many consider controversial, such as health care or immigration, we all at least  “think about it” and then form an opinion.  Why do we avoid thinking about where our food comes from and whether our diet is consistent with Christian values?

The Christmas Connection
When The Pope Speaks, Does Anyone Listen?