The Protein Myth: How Do Vegans Get Protein? 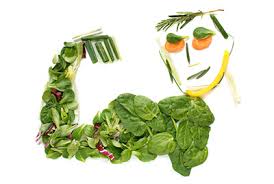 We are obsessed with protein in this country.  I could retire if I received a dollar for each time I have been asked, “where do you get your protein?”  I typically respond with two questions.

First, I ask “how much protein do you need each day?”  I get a blank stare as nobody has ever been able to correctly answer this question.  Second, I ask if they have ever heard of anybody in the U.S. being hospitalized because their protein levels were too low.  Everyone knows somebody who has been hospitalized for heart disease or cancer, but low protein levels?

The meat and dairy industries have done a wonderful job through marketing and highly paid celebrities to convince us that we need lots of protein – the more the better.  And they would have us believe that the best protein comes from animal products.  They spend millions of dollars each year to promote the Protein Myth.

HOW MUCH PROTEIN DO WE NEED?

The Recommended Dietary Allowance (RDA) for protein for the average adult is 0.36 grams per pound of body weight.  So a 185 pound male needs 67 grams of protein daily.  A 140 pound woman needs 50 grams daily.

The list of protein-dense, plant-based food is a long list.  It includes everything from soy yogurt to spaghetti.  In fact, nearly all vegetables, beans, grains, nuts and seeds contain protein.

The average American consumes about double the RDA for protein, with the main source being animal products.  Numerous problems have been associated with a diet high in animal protein.

A report by the World Cancer Research Fund and the American Institute for Cancer Research, Food, Nutrition, and the Prevention of Cancer states that diets high in red meat were associated with a significantly increased risk of colorectal cancer.  When meat, poultry and fish are cooked at high temperatures they produce heterocyclic amine compounds which are linked to colon and breast cancer.

Additionally, diets high in animal protein are typically low in dietary fiber which has been shown to protect against cancer.  A diet rich in grains, vegetables and fruit is high in dietary fiber.

Harvard researchers reported that diets high in animal protein were associated with a significant decline in kidney function.  The kidney-damaging effect was only associated with animal protein—plant protein had no harmful effect.  The American Academy of Family Physicians states that the high prevalence of kidney stones in the United States is in part due to the high intake of animal protein.

Diets high in animal protein are also typically high in cholesterol and saturated fat which increases the risk of cardiovascular disease.  Plants are cholesterol-free and contain only a very small amount of fat.

In the early 1900s fewer than 10% of deaths in the United States were attributed to cardiovascular disease and now it is the number one killer.  The common form of diabetes has gone up 700% since World War II, and since 1975 has doubled every 15 years.  The chance of becoming a diabetic in America for a new born baby is now 1 in 3.

In the early 1900s, Americans got 70% of their protein from plant foods.  Today, they get 70% of their protein from animal products.  Medical studies have shown that this “evolution” has been disastrous for our health and the main cause of today’s chronic diseases.  Perhaps even more importantly, changing to a plant based diet can prevent or reverse these chronic diseases.

What do Vegan Men Say?  Reject the Protein Myth that the meat and dairy industries promote through adverting and highly paid celebrities.  All the protein you will ever need is easily obtained through a plant-based diet.

Doug Meier is attorney that practices in Colorado and writes this column, Vegan Men Say What? He can be reached at dougmeier@att.net