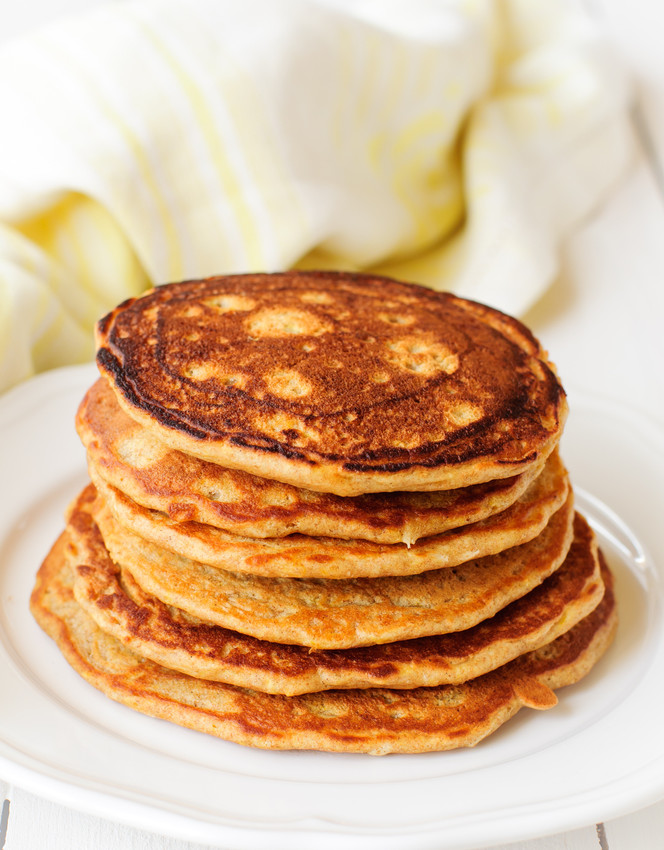 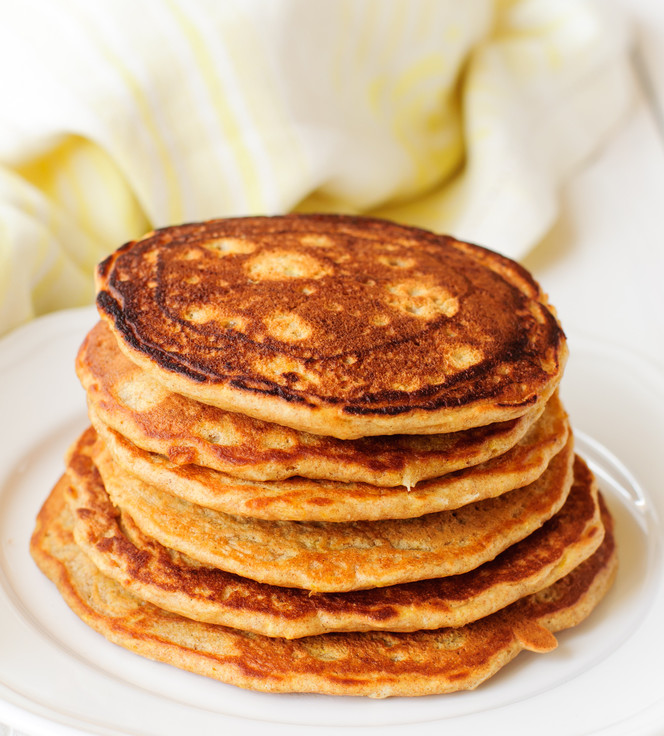 This recipe for waffles and pancakes uses pureed pumpkin. The result is a meal that is absolutely delicious, high in fiber and low in fat.

Place the ground flaxseed in a medium bowl, add the boiling water, and stir well. Allow it to sit undisturbed for at least 5 minutes so that it become gooey.

Stir the eggnog and squash into the gooey flegg mixture until well combined.

In a separate bowl, combine the dry ingredients, calmly ignoring the lame attempt at humor.

Stir the dry mixture into the flax-squash mixture until well combined, but do not over-mix.

Use the batter according to the directions of your waffle maker. To ensure that your waffles come out easily, make sure the surface is hot enough and lightly sprayed with oil. Also, making smaller sized waffles usually ensures an easier process.

Heat a large skillet over medium-heat. If you don’t have a truly nonstick pan, you may need to spray or lightly coat the skillet with oil (coconut or non-virgin olive oil being the best choices). When the pan is hot, drop the batter onto it to form a pancake-like formations on the skillet.

When they are very bubbly on top and browned on the bottom, flip over and cook the other side.

When both sides are nicely browned, remove to a plate.

This recipe is from author and chef Tess Challis. Check out Tess' blog, recipes and books at http:// radianthealth-innerwealth.com/