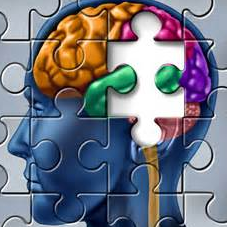 Phytonutrients are powerful antioxidants and anti-inflammatory substances that are found in plant-based foods.  Plants contain over 100,000 phytonutrients and none are found in animal products.  Researchers found that people who drink vegetable and fruit juice regularly had a 76 percent less chance of developing Alzheimer’s disease.

In one study researchers looked at 5,395 individuals over the age of 55 who were free from dementia at the start of the study.  After tracking the individuals for years, the study concluded the following:  “On average, people who remained free from any form of dementia had consumed higher amounts of beta-carotene, vitamin C, vitamin E, and vegetables than the people in the study who developed Alzheimer’s disease.”

Importantly, the researchers also noted that family history and presence of the common genetic marker for Alzheimer’s did not alter their findings.  In short, high consumption of fruit and vegetables appear to offset known risk factors for Alzheimer’s.

Excess iron is now associated with an increased risk of developing dementia.  MRIs of dementia patients show increased iron in one part of the brain compared to healthy patients.  Excess iron is detrimental to the area of the brain that forms new memories and helps recall.  Iron is found in meat, cast iron cookware, fortified cereals and supplements.  Plants can also contain iron but our bodies regulate iron from plant-based sources versus iron derived from the blood of an animal.

In a recent California study, subjects with high copper levels had worse short and long term memory than those with low copper levels.  Copper is found in shellfish, copper pipes and supplements.  Phytates found in whole grains, legumes, nuts and seeds limit our absorption of copper.

Diets high in saturated fats and trans fats are linked to an increased risk of developing Alzheimer’s disease.  Trans fats are found in snack foods.  Saturated fat is found primarily in meat, eggs, and dairy products.

Roxarsone, a carcinogenic form of arsenic, is used as an antibiotic on factory farms.  According to the USDA, eating 2 ounces of chicken breast meat exposes the person to 3-5 micrograms of arsenic.  Exposure to low doses of arsenic can increase the risk of dementia.

Dioxins are harmful chemical compounds and can cause neurologic disorders.  Dioxins are perhaps best known as a component of Agent Orange that was used by the U.S. military in the Vietnam war. Dioxins do not dissolve easily in water and will attach to microscopic plants and animals (plankton) which are eaten by larger animals, that are in turn eaten by even larger animals.  This process, called biomagnification, is the reason why undetectable levels of dioxins in water can result in measurable concentrations in fish.  Additionally, dioxins are concentrated in the body tissues of cows (meat) and their milk. According to the EPA, nearly 95% of dioxin exposure comes from ingesting meat, fish and dairy products.

A recent study showed that men over the age of 69 who have high omega 6 intake (high levels of omega 6 are found in red meat from grain fed cows) have an increased incidence of cognitive impairment.  Another study found that those who consumed meat, poultry and fish were twice as likely to develop dementia than vegetarians.  On the other hand, a diet rich in fruits and vegetables may slow cognitive decline.  Physical exercise, mental exercise (reading, crossword puzzles, etc.) and adequate sleep also helps reduce the risk of dementia.

With such a strong correlation between diet and Alzheimer’s you would think the Alzheimer’s Association would provide accurate information regarding the role of food in prevention and management of the disease.  Instead, it focuses on the five FDA-approved drugs used to manage the disease.  One of the drugs, Aricept, lists 187 adverse reactions and side effects.

The Alzheimer’s Association has been awarded billions of dollars for over 2,000 research projects.  Not even one funded project has studied the effect of plant-based nutrition.

What do vegan men say?  We say that anybody who is concerned about Alzheimer’s disease should consider the benefits of a plant-based diet

Factory Farming and World Hunger in Developing Countries
Where Are The Weapons Of Mass Destruction?