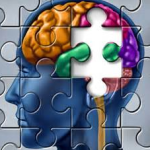 One out of every eight older Americans suffers from Alzheimer’s disease.  That is 5.4 million Americans.  It has become the sixth-leading cause of death in the United States.  It occurs in two main forms – early and late onset.  Early onset Alzheimer’s disease is genetically related, but only accounts for 15% of the cases.  The […]